Signature International Cocktails to Be Inspired By

Nothing says holiday quite like the sun, the beach and a pretty little drink with an umbrella poking out of it. Cocktails have been mixed, drunk and thoroughly enjoyed since the 18th century, and over the years thousands of new concoctions have been created. Today, the art of cocktail making is taken rather seriously and it’s known as mixology. Get into the spirit with these signature drinks from around the world.

It’s impossible to order this drink without breaking into the song “If you like Piña Colada”. This is undeniably a holiday drink and if you’re in Puerto Rico, all the better, as it was declared the country’s national drink in 1978. You’ll be happy to know that there’s even a national Piña Colada day on the 10th July. Its origin is as cloudy as the cocktail, with three different barmen all claiming ownership of the drink. Here it is in all its deliciousness:

Mix all the ingredients in a blender, with half a cup of crushed ice. Pour it into a chilled hurricane glass and garnish with a slice of pineapple and/or a maraschino cherry.

The year was 1915, the city was Singapore, and the man responsible for creating this signature drink was Ngiam Tong Boon. He was a bartender working at the Long Bar at the Raffles Hotel and he originally called it the Gin Sling. The name evolved, and so did the drink, but it’s still recognisable by its distinctive foamy top. It’s time to get into the swing with a Singapore Sling:

Shake all the ingredients, except the soda, and then strain over ice in a highball glass. Top up with soda water and garnish with a slice of orange and a cherry.

Brazil is famous for football, the samba, Gisele Bündchen and Caipirinhas! This sweet but refreshing drink is the country’s national cocktail, and it’s served everywhere from restaurants to vendors on the beach. It originated in 1918 in São Paulo province and it translates roughly to “country bumpkin”. Get your dancing shoes on with these festive ingredients:

– 50ml cachaça
– 2 tsp sugar
– Half a lime, quartered
Muddle the lime wedges and the sugar in the bottom of an old fashioned glass, until the sugar is well mixed. Add crushed ice and cachaça, and then stir. You can garnish it with a slice of lime and then it’s ready to be served.

Just like the country, one of Italy’s most popular drinks has a romantic history. It was created in the 1930s by Giuseppe Cipriani, the founder of Harry’s Bar in Venice. Its unique pink colour reminded Cipriani of a painting by the 15th century Renaissance painter, Giovanni Bellini, and so the drink – and the name – was born. This artful invention contains:

Peru and Chile might be neighbours, but there’s no love lost when it comes to ownership of this South American favourite. According to cocktail historians, the first Pisco Sour was made by American bartender Victor Vaughen Morris, at Morris’ Bar in Lima during the 1920s. While Chile disputes this, Peru has created a national holiday in its honour, on the first Saturday in February. Feel the disco power of Pisco Sour:
– 50ml Peruvian pisco
– 50ml lime juice
– 25ml sugar syrup
– 1 egg white
– Angostura bitters

Combine all the ingredients in a cocktail shaker and add ice. Shake for half a minute, strain into an old fashioned glass and add a few splashes of bitters as a garnish on top of the froth.

The exact origin of this wholly New York drink is unknown, but it’s been around since the 1880s. There are many claims to it, but one of the most popular is that Dr Ian Marshall created it at a banquet held in honour of presidential candidate Samuel J Tilden, at the famous Manhattan Club. All hail the “King of Cocktails”:

Add the ingredients and ice cubes into a mixing glass and stir well. Strain into a cocktail glass and use a Maraschino cherry and a twist of orange peel for decoration.

This quintessentially British drink dates way back to the 1840s. It’s believed that James Pimm, who owned a London oyster bar, invented it to help his patrons digest their meal. Here is the fruit salad of the cocktail world:

Pimm’s is a drink that’s meant to be shared with your mates, in the garden, on a summer afternoon. So, grab a pitcher and add the Pimm’s No 1, your fruit and mint, and then stir. Top up with lemonade or ginger ale and chill. Take 4 or 5 Collins glasses, half fill them with ice and add two cucumber wedges to each glass. Pour in the Pimm’s mixture, making sure you get fruit into each, top with a sprig of mint and then summer in a glass is served.

This classic Caribbean cocktail has been enjoyed since the 16th century, and, if you listen to bar talk, it’s claimed that it’s in fact the world’s oldest cocktail. It’s a bit hard to imagine sailors drinking mint, but it was said to disguise the harsh taste of the local rum. It’s Cuba’s national cocktail and is one of the most popular summer drinks around the globe. If it floats your boat, give it a try:

Muddle the mint, limes and sugar until you smell the herb, and then pour into a cocktail shaker with the rum, and shake for 30 seconds. Pour into a Collins glass filled with ice, top with soda and then stir. Garnish with mint leaves and a lime wedge.

This iconic French cocktail originated in Burgundy in the 1940s and was created by Félix Kir. The original cocktail Kir, was made from local peasant white wine, but when the French upper class discovered this delicious drink, they decided it needed some highbrow treatment. They substituted the wine for champagne and named it Kir Royale. Live the high life by drinking:
– 90ml champagne
– 10ml crème de cassis

Add the crème de cassis to the bottom of a chilled champagne flute, and then top up with champagne. You can add a few raspberries or garnish with a lemon twist.

You’d be forgiven for thinking that this is a Russian drink – it’s not! It’s believed that it was first poured at the bar of the Hotel Metropole in Brussels in 1949, and the name comes from the black colour of the coffee liqueur and the association of vodka with Russia. Embrace your dark side:

Pour the vodka into an old fashioned glass filled with ice cubes. Add coffee liqueur, stir gently and then enjoy.

This is by no means a complete list of cocktails, but rather just a little sample to get you planning your next holiday. It’s also an excellent opportunity to get some inspiration if you want a signature drink at your wedding. Whether you say cheers, prost, santé or bottoms up, the language of cocktails is universal.

How to: Manage Your Drink on Your Wedding Day 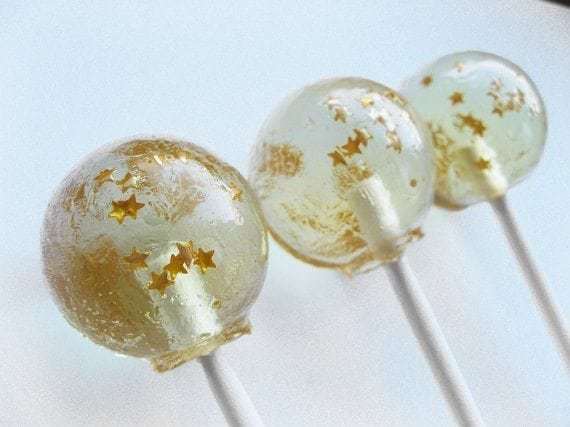 Catering disasters: how to avoid a menu that fails to satisfy